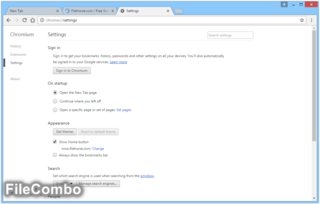 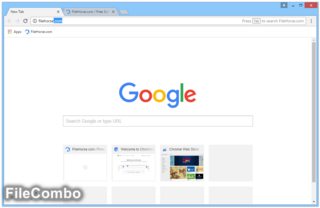 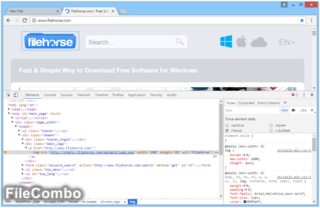 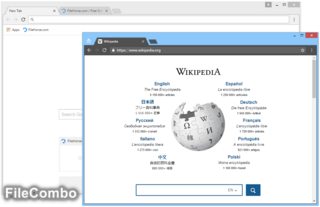 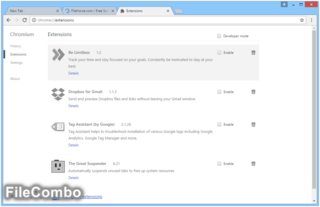 Safer, faster, and more stable way for all users to experience the web

Chromium is an open-source browser project that aims to build a safer, faster, and more stable way for all Internet users to experience the web. Itis the open source web browser project from which Google Chrome draws its source code. The project's hourly Chromium 64-bit snapshots appear essentially similar to the latest builds of Google Chrome aside from the omission of certain Google additions, most noticeable among them: Google's brand, auto-update mechanism, click-through licensing terms, usage-tracking, and bundling of Adobe Flash Player.

The app Project takes its name from the element chromium (Cr), the metal from which chrome is made. Google's intention, as expressed in the developer documentation, was that Chromium would be the name of open source project and that the final product name would be Chrome. However other developers have taken the code and released versions under the name.

Differences between Chromium and Google Chrome

The program is the name given to the open source project and the browser source code released and maintained by the tool Project. It is possible to install the latest precompiled snapshots for Windows, Linux, and Mac, or by downloading the source code and building it manually on those platforms. Google takes this source code and adds an integrated Flash Player, the Google name and logo, an auto-updater system called GoogleUpdate, an opt-in option for users to send Google their usage statistics and crash reports as well as, in some instances, RLZ tracking which transmits information in encoded form to Google, for example, when and where Chrome has been downloaded. By default, the app only supports Vorbis, Theora, and WebM codecs for the HTML5 audio and video tags, while Google Chrome supports these in addition to H.264, AAC, and MP3. Certain Linux distributions may add support for other codecs to their customized versions of Browser.