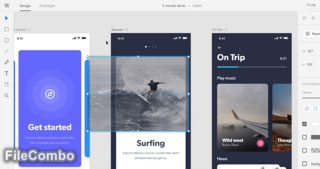 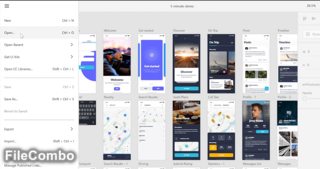 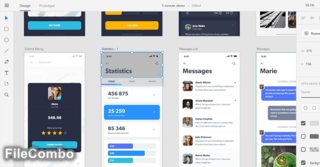 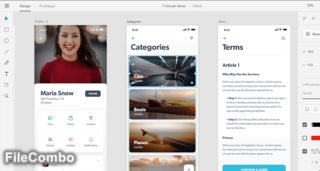 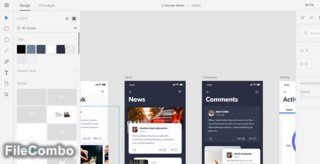 Adobe XD (Adobe Experience Design) is a highly effective User Interface and User Experience design app that takes the full potential of tools, services, and years of experience of Adobe suite and provides instant access to the creation of vector-based graphics for modern websites, web apps, and mobile apps. Built from the ground up by Adobe Inc as a part of their latest wave of modern apps, Adobe XD has quickly managed to become one of the most popular apps for streamlined design, collaborative experimenting and quick deployment or sharing of test/finished designs on the web, iOS, and Android platforms. One of the reasons this app so quickly managed to become a trend-setter in modern UX/UI design is its arrival to the Creative Cloud subscription, enabling a large subscriber base of Adobe Inc to gain instant access to this powerful app.

It provides a unique toolset to its users, who were for years frustrated that Adobe’s core digital drawing applications (such as Photoshop and Illustrator) lacked tools and features needed for a modern web app or portable app design were either hard to use or completely missing. Adobe XD fixed that with the adoption of new tools, features and services that are needed for modern UX/UI design, such as full support for vector-based graphics (crucial for deployment on devices with an incredible variation of display resolutions), responsive resize (with automatic adjusting of all UI elements such as text fields, photos, UI buttons, and more), fast creation of repeat grids (for elements such as photo galleries and lists), streamlined animation design (utilizing linking artboards into full animations), symbol designer (for creation of new app icons, UI buttons and other visual elements such as logos, banners, and transition graphics), fully-featured prototyping and testing (interactive and clickable prototypes, with support for deploying projects on both web browsers and mobile platforms via supplied iOS and Android test apps), built-in support for voice design, Adobe font integration, and more. UI creations made inside Adobe Experience Design can directly support interactions, triggers, auto-animations, overlays, and many other effects and behaviors.

Same as all other apps created inside Adobe ecosystem, Adobe XD also features interoperability with various apps such as Illustrator, Photoshop, Photoshop Sketch, After Effects, and all-in-one cross-platform design and prototyping app Adobe Experience Design. Of course, It can also import and export files in popular file formats and has extensive plugin support for direct communication with various enterprise apps such as Slack, Microsoft Teams, Jira, and Airtable. Collaboration tools include support for co-editing, full document history, several forms of project sharing, a tool for sending invites (including private invitations), storing documents on the clouds, recording a video preview, and more.

Adobe XD can be tested for free via the “XD Starter Plan” license (which is not always offered by Adobe Inc.) and purchased via two premium licenses. The app is currently not a part of Adobe Creative Cloud subscriber service.