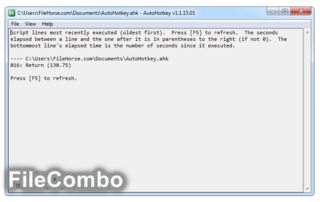 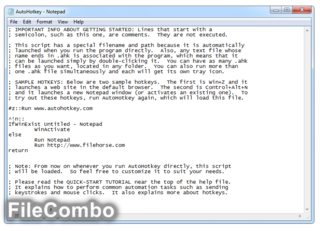 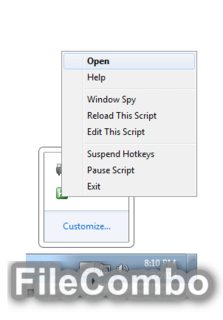 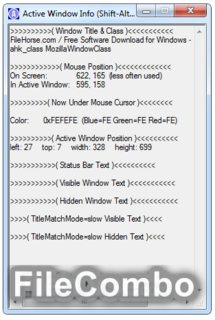 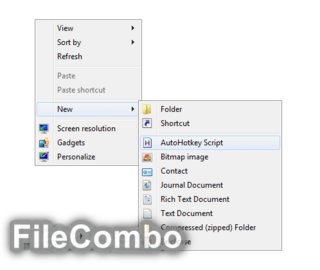 Free app for setting up automation, hotkeys and scripting configuration

AutoHotkey is an open-source utility and can automate almost anything by sending keystrokes and mouse clicks. You can write macros by hand or use the macro recorder. You can also create hotkeys for keyboard, mouse, joystick, and handheld remote controls. Virtually any key, button, or combination can become a hotkey. Similarly, you can define abbreviations that expand as you type them. For example, typing btw can automatically produce by the way. Finally, you can create custom data entry forms, user interfaces, and menu bars.

Define hotkeys for the mouse and keyboard, remap keys or buttons, and autocorrect-like replacements. Creating simple hotkeys has never been easier; you can do it in just a few lines or less! Auto Hotkey app is a free, open-source scripting language for Windows that allows users to easily create small to complex scripts for all kinds of tasks such as: form fillers, auto-clicking, macros, etc.

AutoHotkey has easy to learn built-in commands for beginners. Experienced developers will love this full-fledged scripting language for fast prototyping and small projects. It gives you the freedom to automate any desktop task. It's small, fast, and runs out-of-the-box. Best of all, it's free, open-source (GNU GPLv2), and beginner-friendly.